Here is a list of 11 South Indian films in Kannada, Tamil, Telugu, and Malayalam that are a must-watch!

Directed by Vetrimaaran, this movie portrays how a farmer attempts to save his son from the consequences of murdering a rich man. This action-drama is packed with suspense. Asuran was released in 2019 and stars Dhanush, Manju Warrier, Ammu Abhirami, and Ken Karunas in lead roles.

This 2019 thriller portrays five different women from distinct walks of life who seek the help of a crime novelist to avenge the death of their loved ones in a robbery. Directed by Vikram Kumar, Nani’s Gang Leader was released in 2019 and featured Priyanka Arul Mohan, Kartikeya Gummakonda, Nani, and Lakshmi in pivotal roles.

In this film, a teen student stays alone at home as both her parents work. She falls in love with her classmate and one particular event changes her life completely. Directed by Roopa Rao, this film stars Teju Belawadi, Nischith Korodi, Spoorthi Gumaste, and Surya Vasishta in lead roles.

A Nellore based detective, Sai Sreenevas, gets into trouble when he investigates the case of a mysterious, unidentified body that was found near a railway track. The movie gets interesting as the investigation proceeds. Directed by Swaroop RSJ, this film casts Shredha Rajagopalan, Shruti Sharma, Suhas, and Sandeep Raj in lead roles.

This action-drama film shows how a wall creates conflict between two factions of the same political party. A political aspirant and his friend are subjected to inhumane political rivalry. Directed by Pa. Ranjith, this movie portrays Kalaiyarasan Harikrishnan, Karthi, Catherine Tresa, and Riythvika in lead roles. Madras was released in the year 2014.

This movie revolves around three students who waste their time and fail in their exams. They befriend a girl in college and want to help her out. This eventually complicates things and leads to various other problems. Directed by Vivek Athreya, this movie portrays Satyadev Kancharana, Sree Vishnu, Nivetha Thomas, and Nivetha Pethuraj in lead roles.

Kaithi was a masterpiece that was directed by Lokesh Kanagaraj. This action thriller shows how an ex-convict endeavors to see his daughter for the first time. However, Inspector Bejoy doesn’t allow that to happen and interrupts all his attempts. Kaithi was released in 2019 and stars Karthi, Arjun Das, Deepthi, Amzath Khan, and Narain in lead roles.

In this thriller, a traffic constable and a retired police officer, together solve a mysterious case where they find three skulls near a construction site. Directed by Hemanth Rao, Kavaludaari features Roshni Prakash, Suman Ranganathan, Anant Nag, and Achyuth Kumar.

This movie portrays power struggle within a political party when their leader dies. Ultimately, his adopted son fills in his shoes but ends up facing other challenges. Directed by Prithviraj Sukumaran, this movie was released last year in 2019 and featured Bobby, Zayed Masood, Jathin Ramdas, and Khureshi Ab’raam in lead roles.

This movie depicts the condition of Kerala during the outbreak of the deadly Nipah virus and how it was controlled after a lot of struggle. The movie becomes emotional when stories of love and compassion are added here and there. Directed by Aashiq Abu, this movie was released in 2019 and stars Parvathy Thiruvothu, Tovino Thomas, Rima Kallingal, and Revathi in lead roles.

This movie portrays how a teenage boy has a crush on his classmate, Keerthy, but she doesn’t feel the same and reciprocate his feelings back. Things get worst when he gets involved in a conflict with his teacher. The story is quite heartwarming and flawless. Directed by Girish A.D., this movie features Anaswara Rajan, Mathew Thomas, and Gopika Ramesh in key roles. 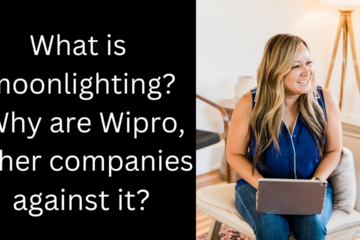